How to have root permissions

The operating systems you use daily on your computers and on your mobile devices integrate security systems that prevent users from making changes considered in some way “dangerous,” and which could affect the stability of the software. In some cases, however, circumventing such systems can be useful: this procedure is commonly identified as rooting, and today I would like to talk about it in more detail. If, therefore, you are interested in how to do it, but you do not have the faintest of how to have root permissions on your devices.

I have good. Indeed excellent news for you: below are all the explanations you need! In fact, during this guide. I will list you what are the steps to be taken to enable advanced permissions on the most common mobile and desktop platforms: Android, iOS / iPadOS, Windows, and macOS.

So, I invite you to make yourself comfortable and focus carefully on reading the following lines: I am sure that, in the end. If necessary, you will also be able to explain to all your friends how to get the same result. Let it bet?

What are root permissions

Before getting to the heart of this guide and explaining, in concrete terms, how to obtain root permissions, let me give you some more information about the consequences of this operation.

Basically, having root permissions means authenticating in the operating system in use with elevated privileges, in order to overcome any security restrictions imposed by the system itself or by the device manufacturer, and to be able to freely change all those settings that, in “normal” conditions would remain inaccessible.

For this reason, the release of these permits allows access to areas of the system otherwise inhibited, increasing their degree of action and customization; on the other hand. However, incorrect use of root privileges can lead to unpleasant consequences: for example, an apparently harmless Android app, if run with root permissions, can make unexpected changes to the system (e.g., the installation of spyware, malware or, worse, ransomware); on the computer, however, the execution of an incorrect command in root mode could have the direct consequence of the impossibility of accessing the operating system again.

Let me explain: if absurdly, I tried to delete a system file with non-root access, Windows or Linux would prevent you from doing so, giving you an access denied error; with active root permissions, however, you would be able to safely delete that file, without any hitch, then realizing the error when it would be too late.

For this reason, I urge you to use elevated system privileges prudently and to act only in full awareness of what this may entail. Then don’t say I didn’t warn you! I will not take any responsibility in this regard.

How to have root permissions on Android

If you have an Android-based device and you want to unlock the operating system to obtain root permissions, I have to give you not very positive news: unfortunately, in the current state of things, there is no single procedure for unlocking all devices equipped with the green robot operating system.

The procedures, in fact, may vary not only according to the manufacturer but also according to the precise model of Android device in one’s possession; what I want to say, in practice, that the procedure for having root permissions on Huawei could differ significantly from that for obtaining the same result on a Samsung, Google, Sony, Xiaomi terminal and so on.

Flash the APK that enables the root :

To get more specific information about the steps you need to take to activate root permissions on your specific device. You can search on Google for phrases such as enabling root [device brand and model]. Also, I recommend that you take a look at my guide on how to root Android. In which I told you about it in more detail.

Remember, in any case, that unlocking root permissions on Android can prove dangerous. Do not allow root access to apps that you do not know exactly the “connotations” because in doing so. You would provide full action permissions on the entire operating system.

How to have root permissions on Linux

Suppose you intend to obtain administrative privileges on Linux distributions. A recommendation is a must: root permissions provide almost uncontrolled access to all parts of the operating system—even the most delicate ones. So, use this mode only if you are well aware of what you are about to do. A single incorrect command could compromise the functioning of the entire operating system. I warned you!

However, there are many ways to get root permissions on Linux. You can issue the command in the latter sudo nome Programma(e.g., sudo gedit, to open the GNOME text editor with administrative privileges) followed by pressing the Enter key of the keyboard: following this operation.

If, on the other hand. You have to issue several instructions in sequence. Run the command sudo -followed by pressing the Enter key. When prompted, enter the Linux administration password. Starting from this moment, all the other commands given inside the Terminal will run with administrative privileges.

How do you say? Would you like to start the graphical interface of your distribution directly in the root? Below I will explain how to do this on Ubuntu and Kali Linux.

How to have root permissions on Ubuntu

To get root permissions on Ubuntu directly at login, do this. Start the Terminal by calling it from the Applications area of the distribution. Type the command sudo passwd root and press the Enter key on the keyboard, in order to set a password for the Ubuntu root account. Suppose everything went in the right direction. The Terminal will answer you with the correctly updated password message.

Now you have to enable the selection of the root user in the Ubuntu login screen. To do this, enter the command sudo passwd -u root. He was followed by pressing the Enter key on the keyboard in order to unlock the user when prompted. Enter the password of the user you are logged in with and press Enter again.

Next, instruct Sudo edit /etc/gdm3/custom.conf to open Gedit in order to edit the Ubuntu display manager configuration file. If necessary, enter your user account password and press the Enter key on the keyboard.

How to connect the phone to the Samsung TV

Once in the Gedit window

find the wording [security], go back and paste the string # AllowRoot = true on the new line; finally, Save the file by pressing the appropriate button located at the top right

Now, again from Terminal, open the edit file dedicated to gdm security. Issuing the command Sudo edit /etc/pam.d/gdm-password. Then identify the wording auth required pam_suceed_if.so user != quiet root success and add the symbol #at the beginning of the same. You should get something like this.

Save this file, too, close it and use the Terminal again to issue the command sudo gedit /root/.profile. This time, you have to go to modify the string msg n || true so that it becomes tty -s && msg n || true, obtaining something like this.

Restart the computer and wait for the operating system login screen to appear. To log in as root, click on the item Not listed? Type root in the Username field. Press the Enter key on the keyboard and enter the root password that you have previously created. If everything went smoothly, the Ubuntu Desktop should start as root.

How to have root permissions on Kali Linux

Initially, Kali Linux provided graphical root access by default. Suppose you need it, though. You can deal with it by installing and configuring the kali-grant-root package.

To do this, start the Kali Linux Terminal and issue the command inside Sudo apt-get update && Sudo apt-get install kali-grant-root. When prompted, enter your user account password and press the Enter key on the keyboard again.

Once the installation is complete, always from the Terminal, issue the command sudo dpkg-reconfigure kali-Linux-grant-root. Follow the instructions that are provided and restart the computer at the end of the procedure. Following this operation, you can act with elevated privileges in any part of the operating system. Without having to enter the password of the configured user account each time.

How to have root permissions on iOS / iPadOS

The procedure that allows you to have root permissions on iOS and iPadOS. Going to unlock access to parts otherwise inhibited by the operating system (such as customizing the interface and behavior of iOS / iPadOS and installing tweak to the system.

To do this, you will first need a computer equipped with Windows 10 (on which iTunes is present ) or a Mac. Through which to install a free program called AltServer. This allows you to obtain an unofficial app store on the iPhone ( it’s called AltStore ). The latter will then be used to install the actual app used for the application of the jailbreak on the device: unc0ver.

Suppose you are well aware of the risks and intend to proceed anyway. Then carefully read my guide on how to jailbreak the iPhone. In which I have shown you.

How to open PPT File 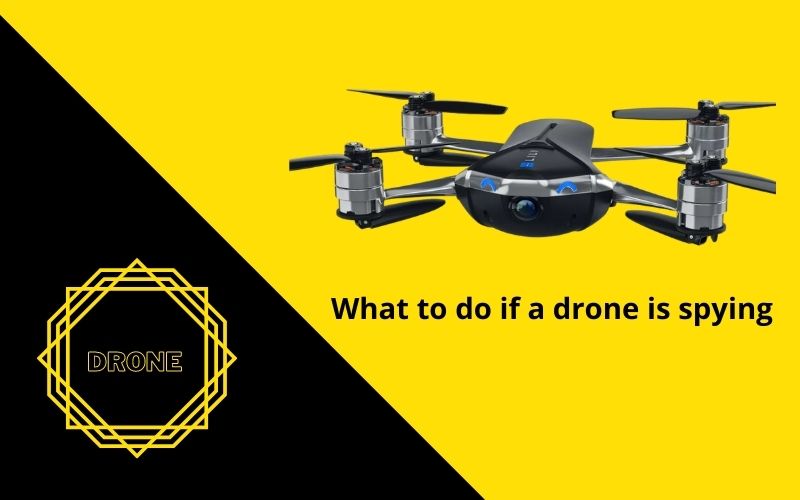 spying drone: what to do if a drone is spying