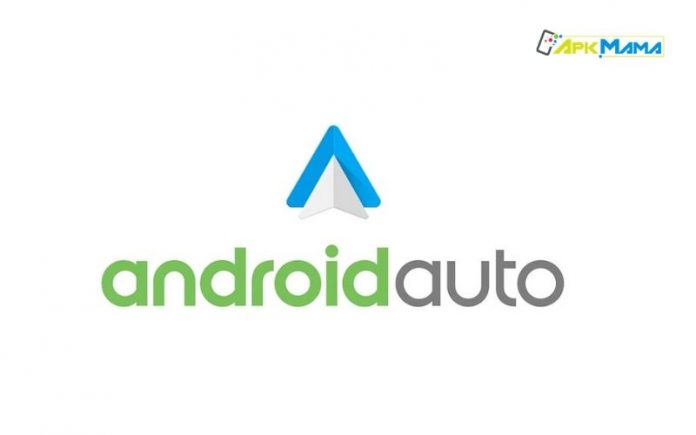 Technological advances have also totally affected the automotive world over the past decade. It is now customary to find high-level latest-generation infotainment systems on city cars. It can make cars permanently connected. Among the most successful applications used on vehicles is Android Auto. The infotainment system was created by Google and used onboard the latest generation cars.

Android Auto is a system that allows you to interface your smartphone with the car. And thus, consult notifications and applications while you are driving thanks to a smart system connected to the Network. The applications supported by Android Auto are different. Including the most popular like YouTube, Whatsapp, or Spotify.

In this guide, we will see how Android Auto works, compatible applications, and ways to connect your smartphone to the system through the cable or with Bluetooth, like Apple CarPlay, to make the best use of your smartphone without taking risks while you are behind the wheel.

Android Auto is an application developed by Google for all smartphones equipped with the Android operating system that allows the use of these devices while driving by playing the main phone screen on the monitor dedicated to infotainment.

Thanks to this system, it will be possible to take advantage of satellite navigation, call, messaging, music, and web browsing services both in touch screen mode and via voice commands.

The purpose of Android Auto is to ensure greater driving safety by using the main applications on your smartphone without having to take your eyes off the road or your hands off the wheel.

Among the applications on the Play Store, we find Google Play Books. Let’s find out the most interesting.

The possibilities offered by Android Auto are numerous. On the car’s infotainment monitor, it is possible to replicate the apps on the screen with the related functions. However, some are theoretically precluded.

Among these is Youtube. The inability to use the app while the vehicle is traveling is linked to safety reasons since the driver could distract his attention from the road to focus on the images reproduced on the infotainment monitor.

There are possibilities to circumvent the limitations relating to the use of particular applications that can distract the driver, but in this guide, we will not provide them because safety at the wheel comes first.

On the other hand, it is possible to use the Youtube Music app specifically designed to be used with Android Auto and reduce driving distractions by simplifying the controls and enlarging the main virtual keys.

The music streaming app opens by default on the recommended music, but you can customize it from the menu with options called “your mixtape,” “library,” “download,” and “last played songs.”

Whatsapp has now become an indispensable app for messaging, and there is practically no smartphone that is without it.

Even cars equipped with Android Auto are compatible with Whatsapp, albeit with some limitations. The messaging app, in fact, is likely to turn into a serious distraction while driving.

If a message arrives on Whatsapp, you can reply to it or via a predefined automatic reply or by using the Google Assistant via voice commands. Simply say the phrase “Ok Google” to activate the assistant and then indicate the contact in the address book to which you want to reply to Whatsapp.

Spotify is undoubtedly the most famous music streaming platform through which it is possible. Both for free and as a subscription. To listen to every genre.

Thanks to the possibility of use via Android Auto. Spotify has become an inseparable companion for all those drivers who prefer to listen to their playlists rather than radio programs while driving.

In order to use Spotify while driving. Simply connect your smartphone to the car and select the app icon on the infotainment monitor. You can then choose your favorite artists or playlists by typing in the chosen names.

You can consult the Google website, which lists all the individual models. Including the year of production. Which can support Android Auto?

Below, however, we provide a generic list of the manufacturers that offer systems compatible with There is no BMW, which has however, made CarPlay available on its cars for free.

Among the compatible apps, there are the most popular ones, such as the Google satellite navigation system. The aforementioned Whatsapp. The excellent Waze navigator and the Deezer music streaming platform.

How does it work

Android Auto is an evolution of protocols such as MirroLink, and via a USB connection, it allows you to project some of the apps on your smartphone on the infotainment monitor but in an optimized format for driving.

In order to use the system, you will need to have a smartphone with an Android operating system and an Android Auto compatible car once the app has been downloaded to the phone. It must be started from the phone for the first configuration and then connected to the car via a USB cable. The interface is divided into five screens: navigator, calls, home, media, and dashboard.

Android Auto: what to do when it doesn’t work

In some cases, it may not work. If this happens, it is good to follow the suggestions below. Obviously, it is always advisable to check the compatibility of the car as Android Auto does not work on all cars equipped with a USB port.

It is also essential to have a USB cable suitable for the system. Google always recommends using a quality cable no longer than 180 centimeters and not to use extension cords.

Either restart the infotainment monitor or visit the vehicle manufacturer’s website to check if a firmware update is available.

Finally, if you have difficulty connecting Android Auto to a second car, you must disconnect the phone from the car, open the app on the phone, select the “menu” item and click on the setting first and then on connected cars. Next, you will have to uncheck the box for the setting, add new cars to the system, and finally try to reconnect the phone to the car again.

Many users are having problems: what happens.

These are pretty busy weeks, the latter, for Android Auto. The platform that allows you to connect and synchronize your smartphone with the infotainment systems of many auto manufacturers was first canceled by Android 10 (but integrated into the operating system code itself) and then reinstated a few days later.

This has generated – and continues to generate – not a little confusion among users, still uncertain whether or not the app is installed on their devices and what to do to get it back. As if that wasn’t enough, news arrives that will certainly not make Mountain View developers happy. For some days now, in fact, the platform seems to have some “hearing problems,” so much so that it is no longer able to understand and interpret the commands that users send them vocally. A problem known in Big G circles since September, but which in recent weeks has seen the number of reports grow exponentially.

READ  How to Setup Google Duo for PC

Android Auto does not understand what I say: what happens?

Apparently, Google Assistant does not interact correctly with Android Auto. They are ignoring the commands or questions that are asked by those who are driving or by other occupants of the vehicle. The pages of support for Google products are filled with dozens of messages. That highlights the strange behaviors of Google Assistant from time to time completely new and different.

Some say they hear a double acoustic signal after having pronounced the now-famous phrase “Ok Google” or when they press the microphone button, which suggests an incorrect and silent response from Google Assistant. Others report that they do not receive any audio feedback or even receive useless and “disturbing” answers such as “I am unable to do it.” “Good,” “I hear you.” It almost seems to be in the presence of the first digital assistant with a digital nervous breakdown.

It’s the beginning of September that Google is aware of this particular bug of Android Auto, but at present, giant California has not done anything to correct it. And even more worryingly, users can do little to try to work around the problem. It is, in fact, an error in the app’s source code, which can only be corrected “at the source.” It is, therefore, necessary to wait for Google to find a solution and release the app update.

As we have seen previously, in order to use Android Auto via your car. You need to connect your smartphone to the vehicle via a USB cable.

Recently, and only for some top-of-the-range phones. The possibility of using Android Auto without cable via Bluetooth has been provided. The smartphones compatible with the wireless function, in addition to the Google Home Pixels.  Or higher, and with version 4.7, or higher, of Android Auto, installed. However, the car’s multimedia system must be compatible.

To increase competition with Android Auto. There is now also Amazon, with its Amazon Echo Auto and the Fire TV available on BMW and FCA cars.

How to initialize and reset Apple Watch

We know well that Android Auto is undoubtedly one of the most important points of the Google operating system. But we also know how development certainly does not seem to proceed at speed. One of the reasons. In addition to an uncertain proverbial speed of the American company. However, it is always interesting to find out. Google’s engineers are still working on some news for Android Auto, including some very juicy. The news we are talking about today appears in the code of the latest version of Android Auto. 5.4 (a short distance from 5.3). These are novelties that appear in the application code. But that still has no feedback and is not yet usable.

Thanks to Gabriele Rizzo of the Android Auto group on Facebook, we discover four new possible features of Android Auto in the future:

Guide to the best educational apps for kid

ApkMama.Com Is A Participant In The Amazon Services LLC Associates Program, An Affiliate Advertising Program Designed To Provide A Means For Sites To Earn Advertising Fees By Advertising And Linking To Amazon.Com.

Clicking On An Amazon Link From ApkMama.Com Does Not Increase The Cost Of Any Item You Purchase.

We Will Only Ever Link To Amazon Products That We Think Our Visitors May Be Interested In And Appreciate Learning More About.

mindmingles - February 10, 2021 0
Crypto trading has become an integral part of life for many people. However, this method of a cryptocurrency exchange has nuances, as you always...
©

Have you decided to delete your Youtube channel, perhaps because you don't have much time to devote to it? But...